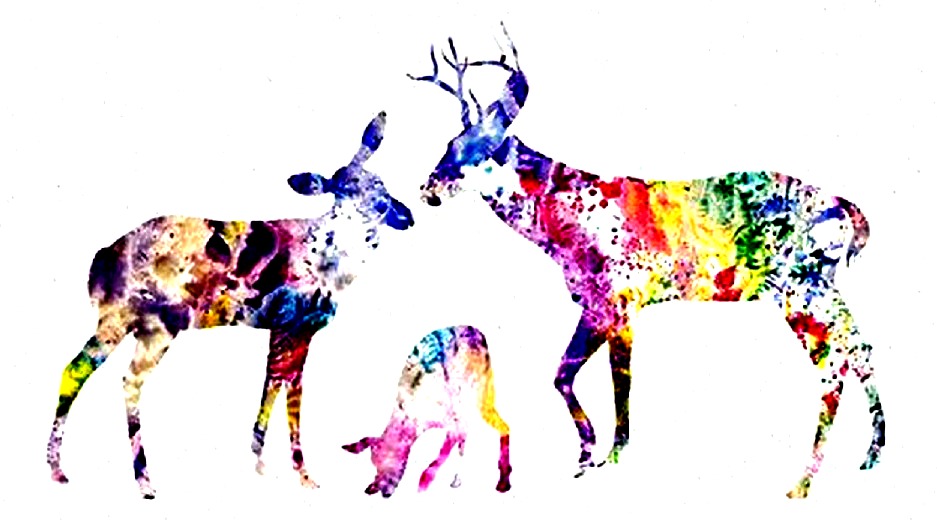 Well... I've been gone about a year. No, I did not end up pregnant. I just needed a break. I was tired of everything. Watching people become pregnant and move on in life and still remain stuck in my current situation. January of this year we pursued IVF. On the day of the retrieval, we traveled two hours to Evansville, IN to Boston IVF. They are amazing, my Dr. here in Louisville works directly with them. 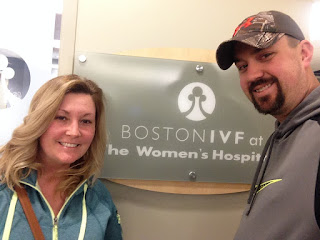 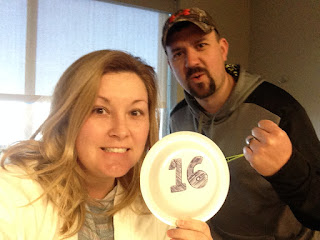 When I woke up from Surgery Dr. Griffin informed me they retrieved 16 eggs. I couldn't hold back my tears. I was so afraid that they wouldn't find any eggs. Over the next couple of days, 9 fertilized and 5 embryos made it to day 5. The grade on our 5 embryos was very good. I was also very worried that the embryos would be of poor quality but luckily they were good.  It was very evident after the retrieval that I was suffering from Ovarian Hyper Stimulation Syndrome (OHSS). My ovaries were filled with fluid from being over stimulated during the cycle. I was in an enormous amount of pain. It ranged from pain in my lower belly, to traveling up to my neck. It truly was a very painful experience. My belly was so swollen full of fluid I looked 6 months pregnant. We transferred 2 perfect embryos despite the fact I could barely walk on day 5. We watched as they placed our babied and as the embryos entered my uterus we saw a bright light flicker and Dr. Griffin's nurse said "Did you see that? Those are your babies!" It was truly the most beautiful thing I have ever seen. For some reason embryos show up as a light on the ultrasound screen. We wiped the tears from our eyes and left the surgical room for me to lay down for a couple minutes. I needed it. I was in so much pain. We took this time to take 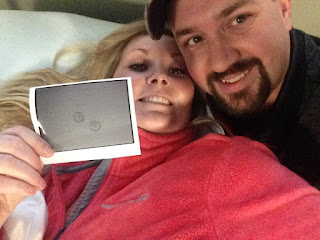 our first family photo, and yes I mean family. Those little embryos are our babies and I will forever love them. Dr. Griffin comes in to let me know if I were to end up pregnant, the OHSS would continue for many more weeks, however if I wasn't pregnant the symptoms would disappear as soon as my period came. That thought was pretty bitter sweet. To endure the pain to hold my miracle baby and I truly wondered if I would make it. Around 4dpt I started to feel better. I knew at that moment I wasn't pregnant. I knew the only reason the pain was gone was because my babies didn't make it,
and I was right. I stared at the negative pregnancy test in shock. I couldn't move. I didn't know what to do. So I took a break. We have 3 frozen embryos and I had no desire to go down that road. From January until now, I wasn't ready. Its hard to explain, but I was grieving. I couldn't get over the loss. I've heard in the past people make comments like "I don't know why she's upset, she was only xx amount of weeks pregnant" and I may have been guilty of thinking that in my head also, but I can tell you right now, that is the dumbest comment you could ever make. As a woman, my heart will never let go of what those babies may have been, what they would have looked like, would it be more me or more Brad, would they play little league, would they sing, would they go to college...and I will never know. This post was a long time coming, and I'm finally in the place to write it. I hope to write more soon, but I thought I needed to catch up before I started anything new.
Posted by Unknown at 3:50 PM No comments:

I tried to be silent in hopes I would have good news to report this month, but I don't. I went in two weeks ago to have a baseline scan after my BFN last month. The ultrasound showed another blood cysts, that's two in the last couple months, and my Dr. mentioned possibly having to move me up to stage 2 or 3 endometriosis. I was stunned, I just had the scar tissue scraped last year how could it have possibly progressed? I mentioned to our Dr. that we may need to hold off this month on an IUI because we were still catching up financially from my car breaking down and my dog being hospitalized. "It's on the house, were moving forward" was her response. I cried. My doctor is amazing, I can't believe she would do that for us! She put me back on 100 & 150 mg of clomid alternating days and we scheduled an appointment for the next week to check the results...

Tuesday, July 7, I go in for an ultrasound to check how many follicles I had and how big they were. Last month I ended up with 4 follicles. As I lay there looking at the screen, I see nothing. I had one follicle measuring 21 cm. She looked at me and told me that I had now grown a resistance to clomid. I have grown resistant to letrozole and now clomid. She informed me with my endo and PCOS one follicle was not enough for her to do an IUI and we should trigger and try naturally. There is always hope but I must say this was a devastating blow. If this one follicle doesn't produce a pregnancy, I do not know what our next step is.

It's heartbreaking to know what may stop us from having a child is money. We have always said we would do whatever it took to have a baby, but when it comes right down to it, I'm not sure where that money is going to come from. Our insurance covers nothing infertility related. I'm trying to stay positive because getting down isn't going to help anything. On a side note, I posted the song " I would die for that" along with "You never now what storm God has asked a person to walk through. Kindness goes a long way for someone who on the outside seems ok, but is broken on the inside." 10 poeple liked it and 6 people commented on it, when I temporarily died my hair pink 52 people liked it and 12 people commented on it...I guess real life is too real for some people.

Leaving on a much needed vacation next Saturday!

We are going to Hilton Head, SC this month on vacation; I am thinking I will take a couple weeks hiatus from blogging. I can't wrap my head around everything right now, and I'm trying to focus on having hope and faith. I will be back in touch soon.

with love
Kelli
Posted by Unknown at 3:32 PM No comments:

Why everyone else and not us?

The dreaded TWW is over, and sadly another BFN. I am meeting with my doctor tomorrow to go over our plan. We go on vacation middle of July so I think we will take a break this month, or maybe my Dr. will have a different plan.


I did find a beautiful song and I wanted to share it with you all. It's "I would die for that" by Kellie Coffey.

with love
Kelli
Posted by Unknown at 3:00 PM No comments:

Email ThisBlogThis!Share to TwitterShare to FacebookShare to Pinterest
Labels: Life happens, My Journey with the pearl necklace AKA PCOS, PCOS

The moment you realize infertility has taken over

Sometimes my words just do not come out right, sometimes it's hard to explain how I'm feeling. I learned today that in just about every conversation I have, infertility is on my mind.

I was in a discussion last week about karma. I said that I do not believe in karma because there are some really crappy people out there and nothing bad ever happens to them, and there are some really great people who just can't catch a break. In the same thought I mentioned I do however believe  I put good in the world in hopes that someone will be good to me when I need it. These comments blew the minds of those I was talking to. They said they now saw me in a different light, that they thought I was a nice person because it's the right thing to do, only now they believe it's because I want something in return.

Little did they know that I am struggling with finding good in the world and I'm very lost in it. I couldn't to put in words that I have prayed and pleaded with God to allow me to conceive a child, I have thought that maybe what goes around, does come around and maybe I need to put good back in the world to receive it only to be left empty and broken. I've tried every rational process of trying to understand why I'm infertile and others aren't. The conversation about karma circled around to infertility for me. It's the most heart breaking experience I have ever gone thru, so I'm sorry I don't have the "right" outlook on life in your opinion. My outlook is very blurry. I know I should lean on God but at the same time I'm so heart broken its hard to not question "WHY"?! Second conversation with these same people came around today. It was about teaching children to share. Let me preface this with I do want my children to share with others. I told these people I do not believe in sharing (so maybe that wasn't the best thing to say). I went on to explain that when children think they must have a turn riding that bike, or whatever the object is, that sometimes life isn't that way. Sometimes you don't get your turn...friends this was the moment I realized I wasn't talking about bratty children, I was talking about myself.

I was talking about how unfair life can be and there isn't anything you can do about it sometimes. These people had NO CLUE what I was struggling with in this conversation. All they saw was a 31 year old childless woman saying she doesn't believe in sharing. They asked me if I was an only child and really made me feel like an awful person, but if they knew what my heart was saying would they have given me a pass to misspeak?  I am not sure but I do know this, infertility is a life changing, thought altering hardship. People do not understand the stress and pressure I feel right now waiting to find out if we're going to be parents this month or not. 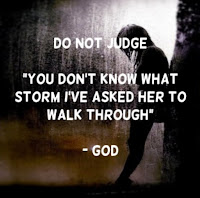 I have no news on my TWW. I Haven't tested and I don't plan to until Friday (even though if i'm going to start it will be today or tomorrow most likely).
Posted by Unknown at 1:11 PM No comments:

Email ThisBlogThis!Share to TwitterShare to FacebookShare to Pinterest
Labels: Faith & Hope, My Journey with the pearl necklace AKA PCOS, My rants, PCOS
Older Posts Home
Subscribe to: Posts (Atom) 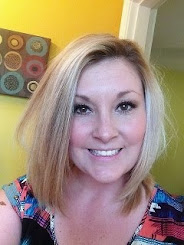 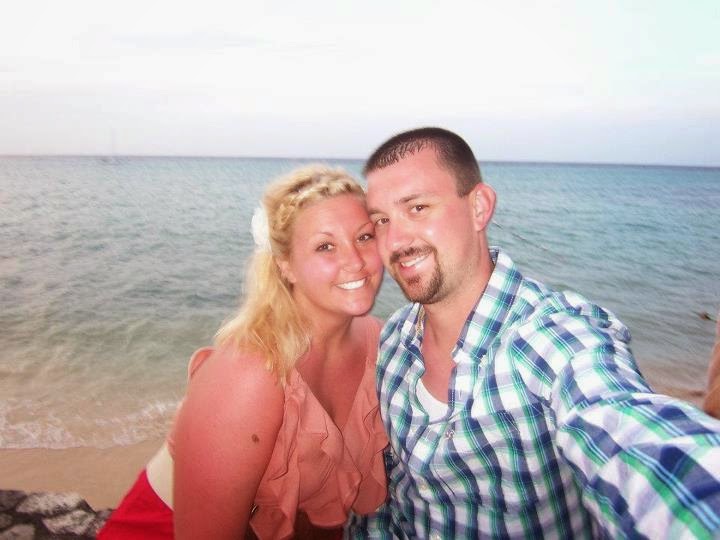